Hi, I'm Michael Lee and I am based in San Francisco, CA. I'm the founder of Rice Cakes Media. I teach product design classes at Academy of Art University. I'm a senior product designer at Soup.
Contact Me

I have experience working as a designer focused on software in various company sizes. I've worked at startups, mid-sized and large companies. I have worked as the only designer on a product team as well as working with many other designers and I am comfortable working within either design team structure.

I can work on any stage of the design process. I have experience working on adding features to existing products and also launching end to end product experiences from the ideation stage. I have experience coming up with business and product goals, leading research initiatives, designing based off business and product goals, building hi-fidelity prototypes and iterating at each stage. I like to collaborate with others but I can also handle the design process alone if needed.

I like to work by sketching out ideas (paper and pen, Procreate), designing hi-fidelity designs (Figma), and building hi-fidelity prototypes (Flinto, Protopie).

I can also build websites with some front-end knowledge as well as using tools like Webflow to launch websites.

I enjoy writing about topics related to design. I recently wrote an article about how designers can help organizations positively change through efforts other than their design work. You can read that here.

I have experience speaking, hosting and running workshops about various design topics. Please reach out to me if you need someone to speak or run a workshop. Some past events that I enjoyed was speaking at Eastside College Preparatory School with Michael Ishigaki and Josh To, running CreativeIQ workshops with Aaron Lawrence and hosting a Flinto meetup with Aaron Lawrence, Nathan Manousos and others.

For interviews I am happy to share my past and current work in depth and discuss the process of how I work. In the meantime here is some work that is available to view. 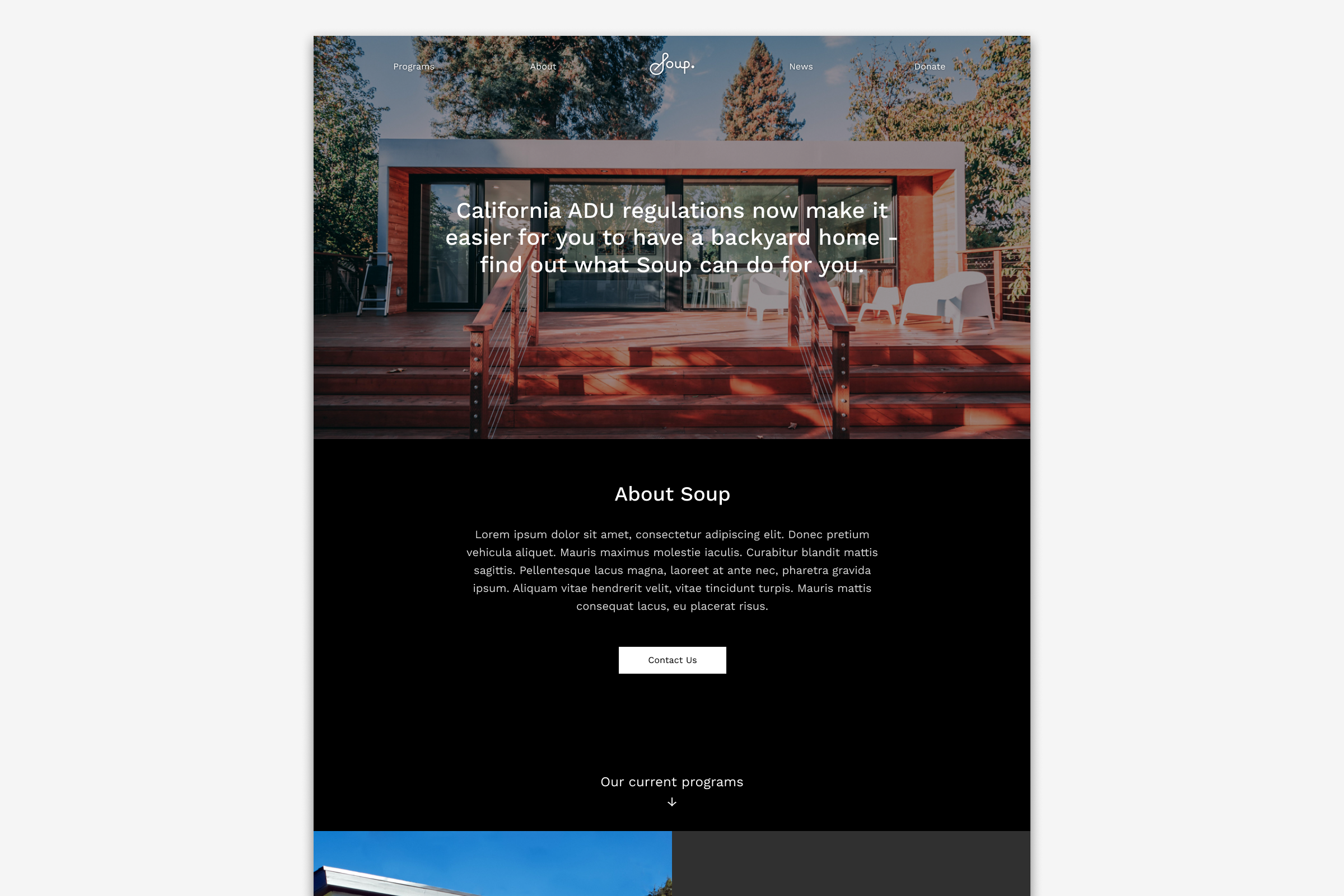 I help with Soup projects part time and I worked on the redesign of their website with the Soup team. It was an awesome experience learning about all the various projects Soup works on and how they work on a lot of projects that have a good social impact with good design. I had a lot of fun designing the website in Figma and building the website in Webflow.

Some of the common issues that came up was customers were confused which step they were on, wanted to learn about the updates on progress, confusion on their action items such as signing documents and this resulted in a lot of emails and phone calls to our customer support. We wanted a way for customers to simply track which step they were on and to understand which action items they needed to complete such as signing documents. By building this app we helped customers have a way to help solve these issues. 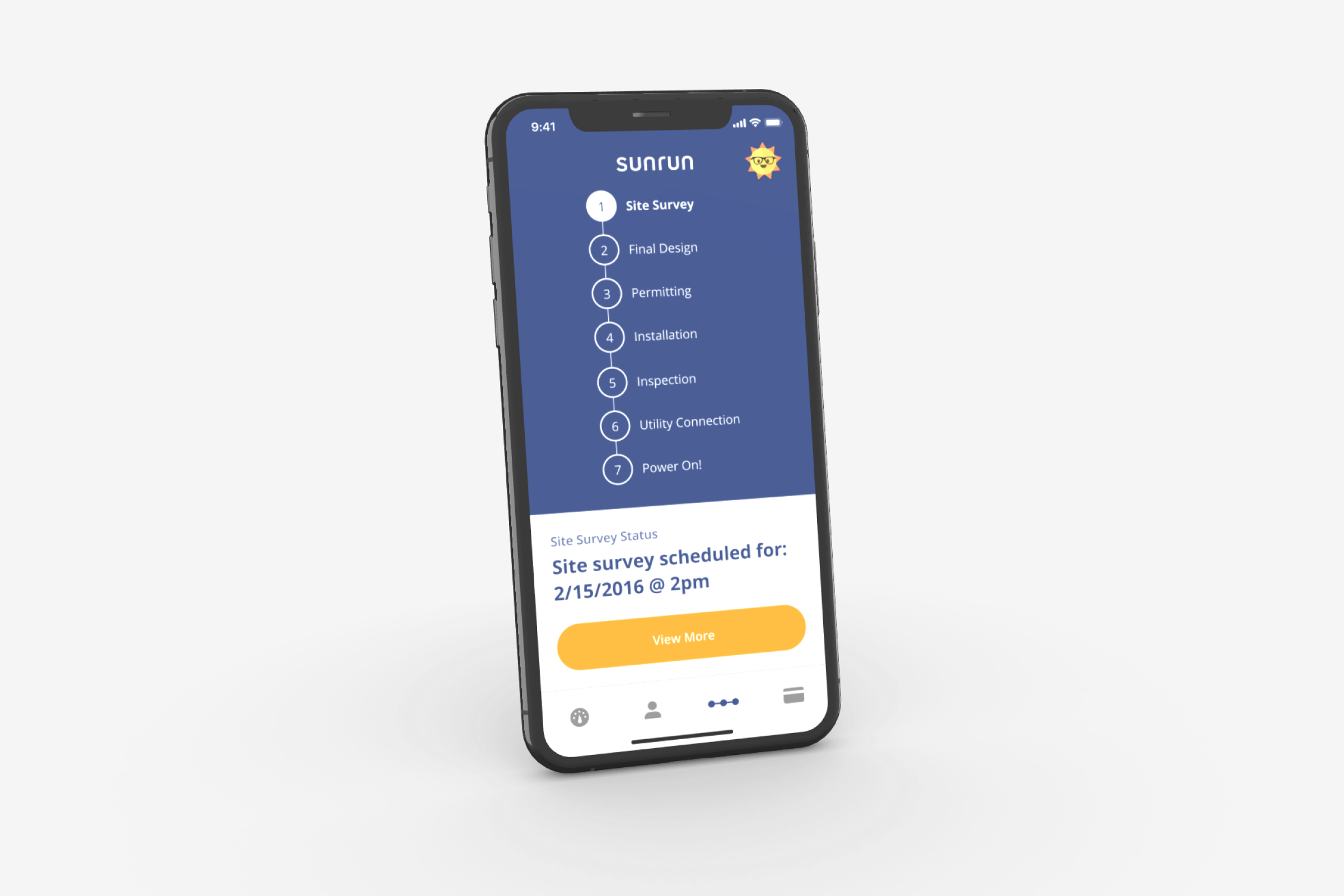 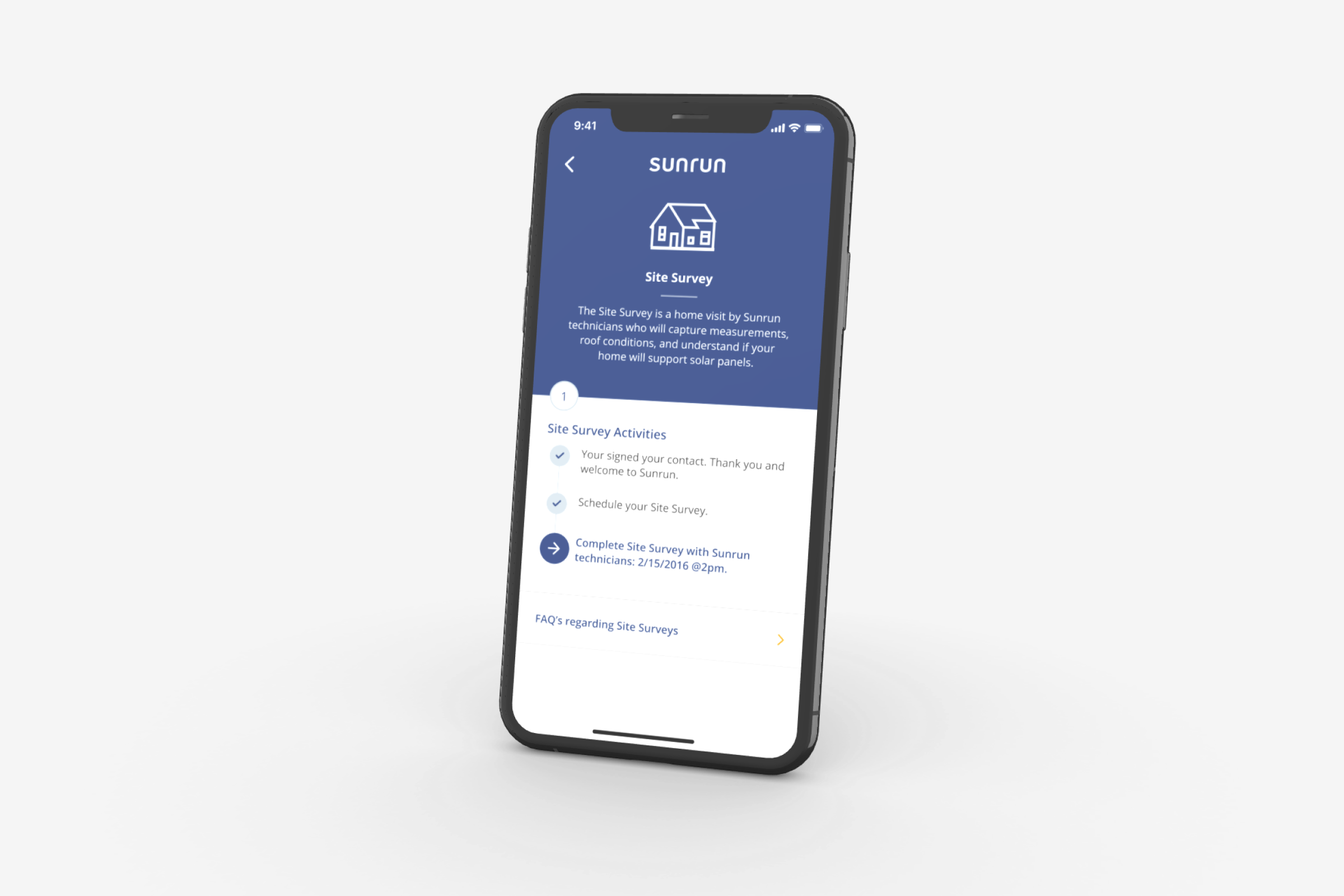 The following are UI experiments and prototypes that showcase some different ideas I wanted to explore.

This is a prototype I made to showcase what I made in Flinto for a Flinto meetup I was speaking at. I wanted to showcase to the audience that you can build prototypes with interesting interactions and animations fairly quickly using Flinto.

I also use this prototype as an example when I teach students in my classes or workshops on how static mockups leave a lot of open questions for developers in regards to animations and motion when it comes time to implementing your designs. This example is helpful because it would take a lot of words to describe certain aspects of the prototype but a prototype people can interact with would help explain things more clearly and be a reference for developers.

Note: I wrote about about the benefits of prototyping if you are interested.

A prototype I made exploring a login experience for Sunrun. I utilized a video to help make the login page more interesting and I thought it could also be a way to inspire and excite potential homeowners who would like to get solar panels installed on their home.

I explored an idea where you can upload designs and the software will tell you ideas on how to improve the designs. The ideas on improvement revolve around usability, accessibility and the visual details of the designs.

In the following video you can see the software recommends three issues to look into with recommendations on how to fix those issues.

Issue #1: A portion of the header is hidden by the top bar in the iPhone X.
‍
Recommended Solution: The software recommends the users to try lowering the text by 40px.

Issue #2: Some of the images vary in size and have inconsistent spacing.
‍
Recommended Solution: The software recommends the user to take another look at the size and spacing of the images.

I explored some fun interactions, experimented with a smooth video background and sound in this prototype.

Note: The following video has sound.

One day I was thinking about what it would look like to include Clippy on a hover state for a button. I thought about how to make something simple like a button more fun and engaging.